Nick is the Managing Director of a company and employs a mixture of permanent and contract staff, typically about 45 people.  There is an old stakeholder scheme in place which two of the office employees contribute to and a separate personal pension for the two majority shareholders.

What we did for Nicholson’s:

They know the cost of implementing AE or the next four years.

Since the changes to the pension scheme there is a greater sense of company loyalty and the retention rate has increased.

Auto Enrolment is not regulated by the Financial Conduct Authority

A pension is a long-term investment. The fund value may fluctuate and can go down. Your eventual income may depend upon the size of the fund at retirement, future interest rates and tax legislation. 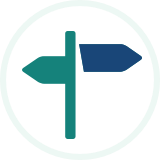